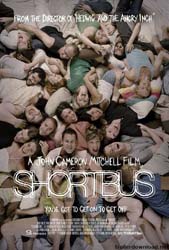 A FRESH, FRANK and life-affirming story about the search for love in post-September 11 , John Cameron Mitchell’s new film Shortbus generated an instant buzz when it premiered at the Cannes Film Festival this year.

“We had an open call for actors on the web. We avoided agents and stars, because they barely have sex in their own lives, let along in front of camera. We reached out to people who were interested in working with us for a very long time to create something new.”

An intense period of improvisation followed, so that by the time the crew were ready to begin shooting, the actors were not only comfortable having sex in front of the cameras, they were comfortable with their characters as well. 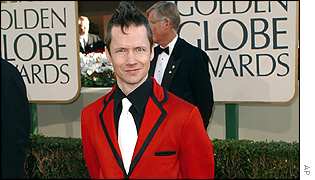 “I realised that the actors would feel exposed and perhaps unsafe on set in a film of this nature,” Mitchell says, “so the way to really make them comfortable was to let them be creative partners in the making of the script.”

According to Mitchell, it’s a deliberately provocative moment, while simultaneously a heartfelt and patriotic statement. 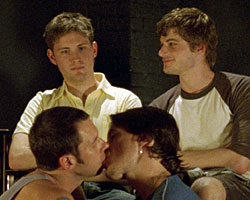 “Someone singing the national anthem up someone else’s bum is a statement about liberty and the pursuit of happiness, which is supposed to be enshrined in our Constitution, though it seems to be ignored lately,” he says.

“The boys, someone might describe their situation as indulgent, as opposed to happy, but there’s true joy in that scene. All the characters are trying to connect in a good way. It might be fumbling and hilarious, but they’re laughing together; they truly are together in that moment.”

Like Hedwig and the Angry Inch, his first film, Shortbus is a film about outsiders and their place in the world. It’s a theme that Mitchell says is largely inspired by his sexuality.

“Being gay certainly marginalised me when I was younger,” he says, “as it does most people, I think. I was an outsider, and I’m sure that I’ll continue to write about the outsider in society, and his or her special place as both observer and participant.”

That said, Mitchell places little importance on the issue of who he is attracted to.

“To me, being gay is a pretty boring fact in and of itself,” he explains. “It’s what you do with it that’s interesting. If you were a non-conformist from birth, as a lot of gay people are, why not take advantage of that and create something beautiful and new?”

Posted by richardwatts at 5:03 pm

Good interview! I was saving it for after I watched the movie (10 outta 10, by the by). Gives some tasty wee morsels of insight into the film.